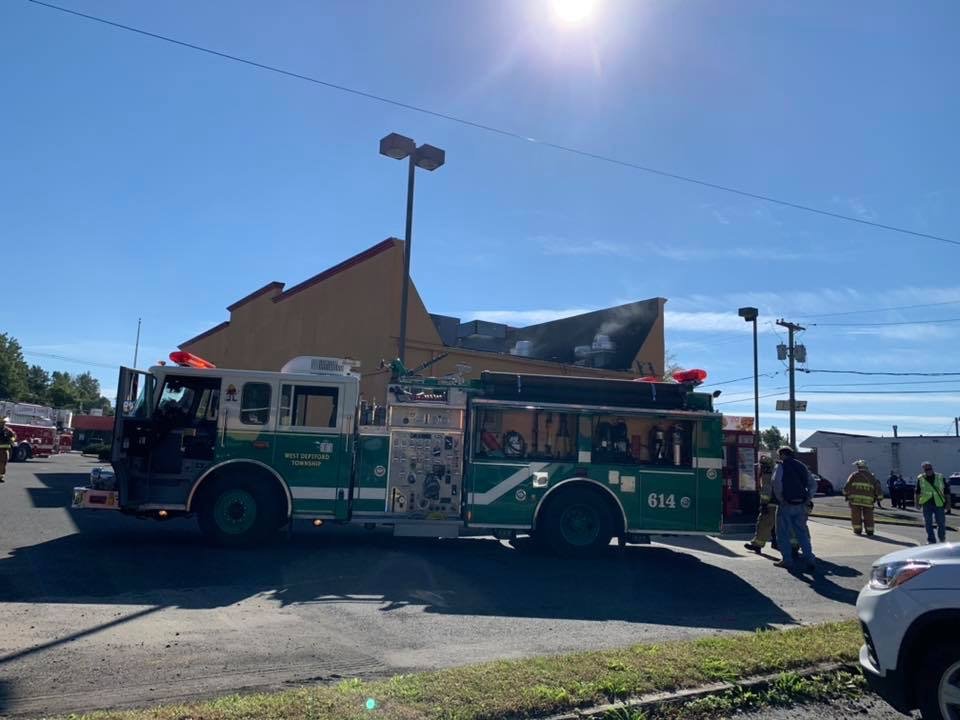 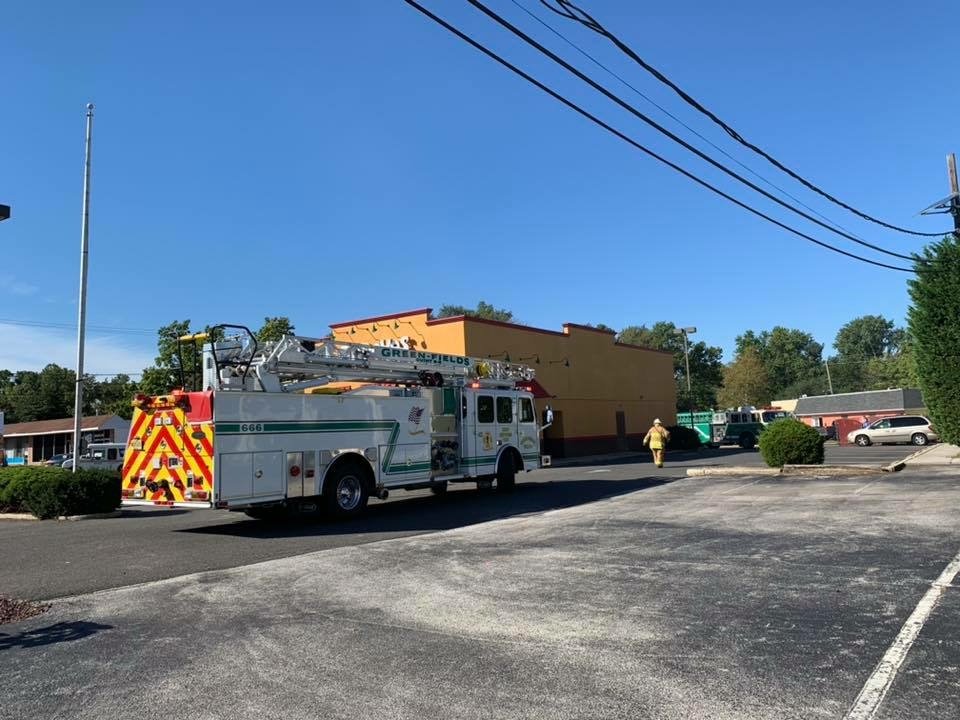 Around 10:40 am this morning District 6 was notified of a reported building fire at the Popeye’s on NJ Rt-45. Chief 6601 (Matson) arrived and reported heavy smoke, and fire inside coming from the rear of the property. Engine 614 arrived first due, activated the Ansul system manually and knocked the remaining fire down with a dry-chemical extinguisher. No injuries were reported. The scene was turned over to the West Deptford Fire Marshall’s Office.