Just before 1 pm this afternoon, Station 6-1 was special called to Station 6-6 for wires. Chief Gill (6601) and multiple members were on location at their own fire house with wires down behind the building arcing, and impinging on the fire house shed. Engine 614 responded with a crew of 5 and staged in front of the fire house. Just before the crews arrival the down power line had ignited the shed. One of the fire house members notified 614’s crew that there are multiple exposures inside of the shed and to keep a safe distance. As the crews waited for the power company to secure the power the surrounding brush had started to catch fire. Chief Gill then requested the district structure fire box be dispatched for additional manpower and resources to handle the brush fires and protect surrounding buildings. As the fire spread through the shed, some of the exposures started to ignite which caused thick black smoke to start to billow from the shed as well as caused the fire to grow larger and hotter. Ladder 666 was then ordered to raise their main and open a fog pattern on the roof of the fire house to protect the building from igniting since the shed was only about 15 feet from the building. Once the power company was able to confirm the power was secure companies on scene extinguished what was left of the shed as well as the remaining brush fires.

No injuries were reported and the district was released after about 3 1/2 hours on scene. 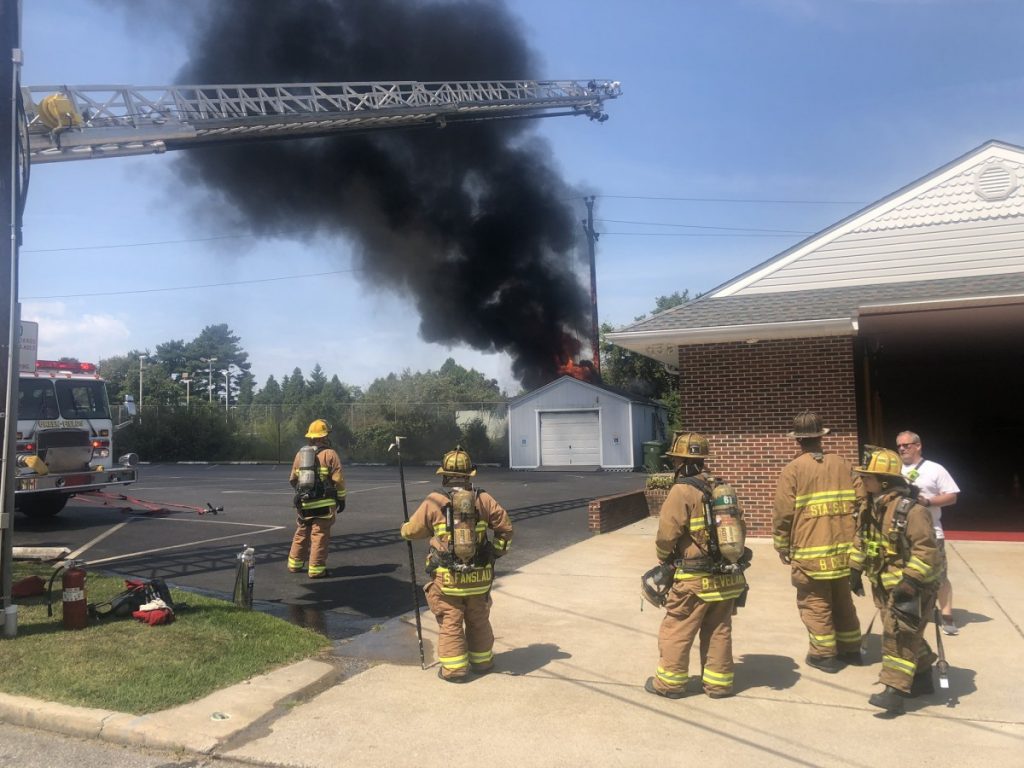 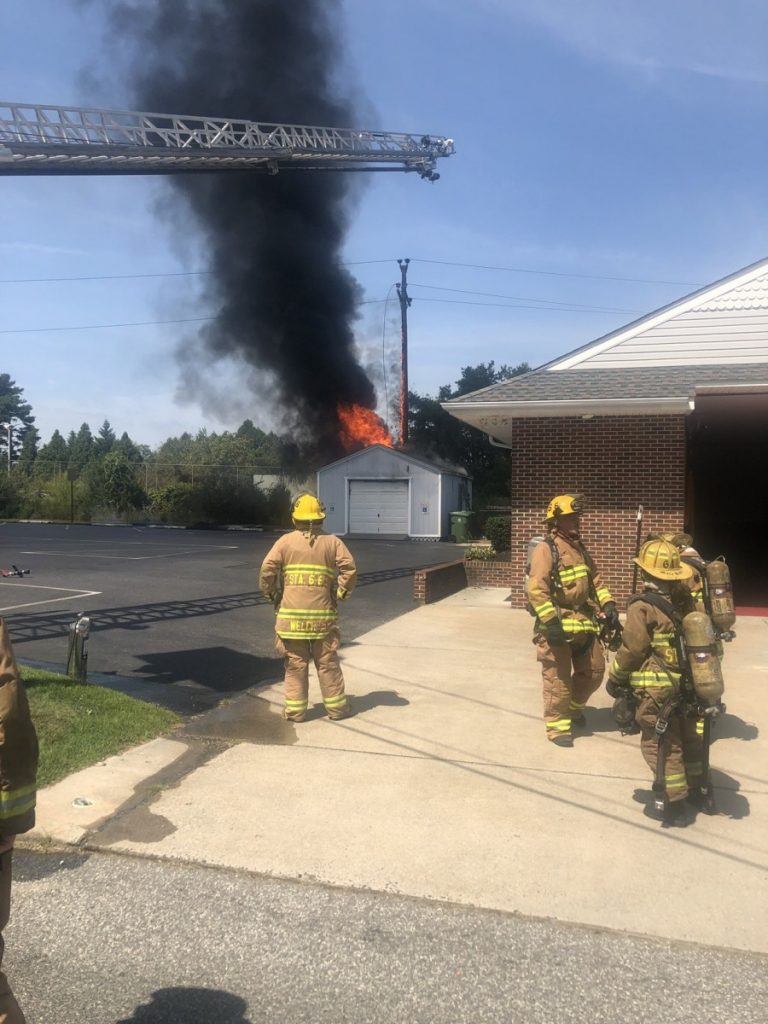 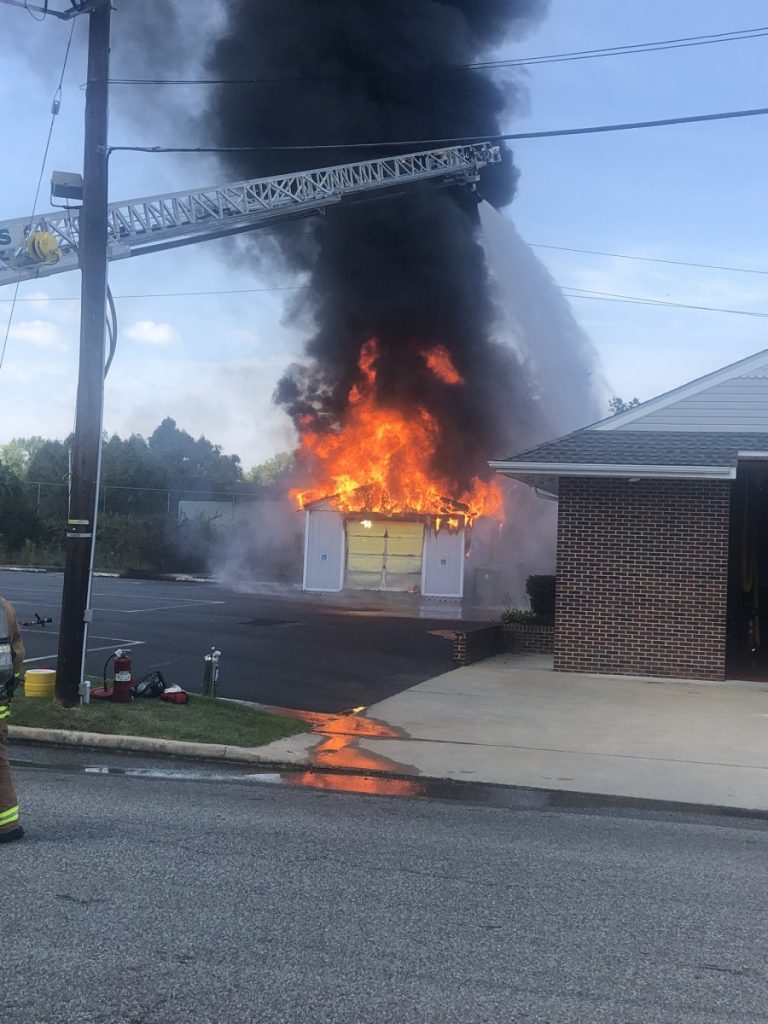 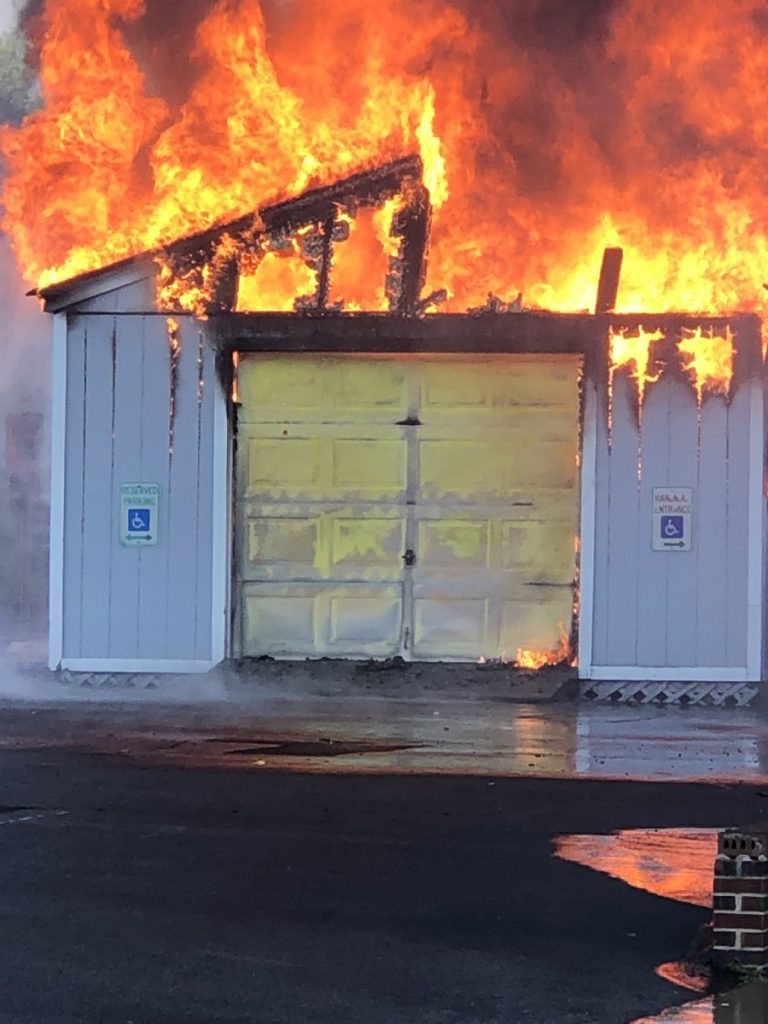